Skip to content
Last Sunday, Blanca, Manuel’s sister showed me her package of pulverized coca leaves that you can purchase in specialty herb stores here. (Manuel is one of my hosts at the guesthouse where I am staying.) We talked about the benefits of coca. 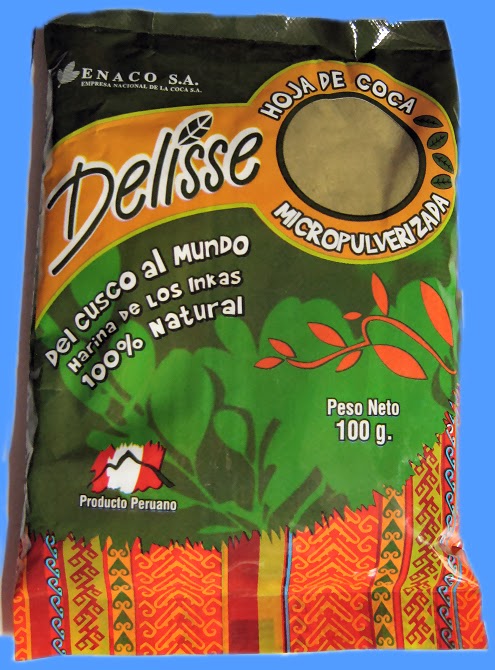 The traditional medical uses of coca are as a stimulant to overcome fatigue, hunger, and thirst. It is also been used as an anesthetic and can reduce headache pain. Before stronger anesthetics were available, it was used for broken bones and during childbirth. It contains a high calcium content which is another explanation as to why it is used for broken bones. (I wonder if it would be good for all us “older” women who are concerned about bone loss.) Modern studies have supported many of the applications that the indigenous people have used coca for for thousands of years: constricting blood vessels alleviate bleeding, treating malaria, ulcers, asthma, improving digestion.


Coca is well-known as being particularly effective against altitude sickness (soroche in Spanish) because coca assists in a greater absorption of oxygen in the blood and therefore to the brain. Tourists to the Andes are attracted to the leaves for this reason. Many towns and some cities (like Puno and Cusco) are above 10,000 feet—quite a stretch for us gringos—especially those of us who have lived at sea level for so long.
Coca leaves are readily available in the street in Peru. Many people sit on the sidewalk and sell them. But I wanted to buy some powdered coca leaves like Blanca had, so when Adela and Manuel invited me to accompany on their errands about town, I asked if they would point out a shop that sold some.
Now, buying things in stores in Peru is a little different than in the US. Probably because theft is so high, in many stores everything is behind the counter or in the glass cases. You tell an attendant what you want and they write the price down on a piece of paper. You take the paper to a cashier, who is frequently behind glass–even in the smallest stores–and she collects the money, gives change, and stamps the paper. You then take the paper back to the attendant, who, in the meantime has usually bagged up your purchase (if she is not too busy) and you trade your little slip of paper for the item.
Once we found the shop, it was quite busy, but with Adela and Manuel’s help, I was able to make my way through the shopping labyrinth and I got my little bag of pulverized coca. I have been taking a teaspoon in water each day to, hopefully increase my body’s ability to absorb oxygen in preparation for a trip to higher elevations. (Arequipa is at about 7700 feet.)
Evidently the traditional use of coca–chewing the whole leaves (or actually kind of sucking on them while they sit between your gum and cheek)–is more effective but also produces some numbing of the mouth and a bit of a high.
Interestingly, coca tea has been used to wean addicts from cocaine.
Unfortunately, I will not be bringing any coca souvenirs home with me for you to try. It is illegal to bring even one leaf into the US.  You can learn more about coca here.
-16.3988222-71.5368861

1 thought on “The Benefits of Coca”