I am spending the week in the Puno area to scout out a place to live for the month of March. I set out from  Arequipa on Monday, February 10 and had a front row seat on a Cruz del Sur bus. These buses are double deckers, so if you ride on top and are lucky enough to get the first seat, you have a panoramic view of the countryside.

Of course, photos taken while the bus is running are not so great…

The south of Peru reminds me of some of the landscapes you see in the Southwest. Miles and miles of open desert country, with an occasional river running through. 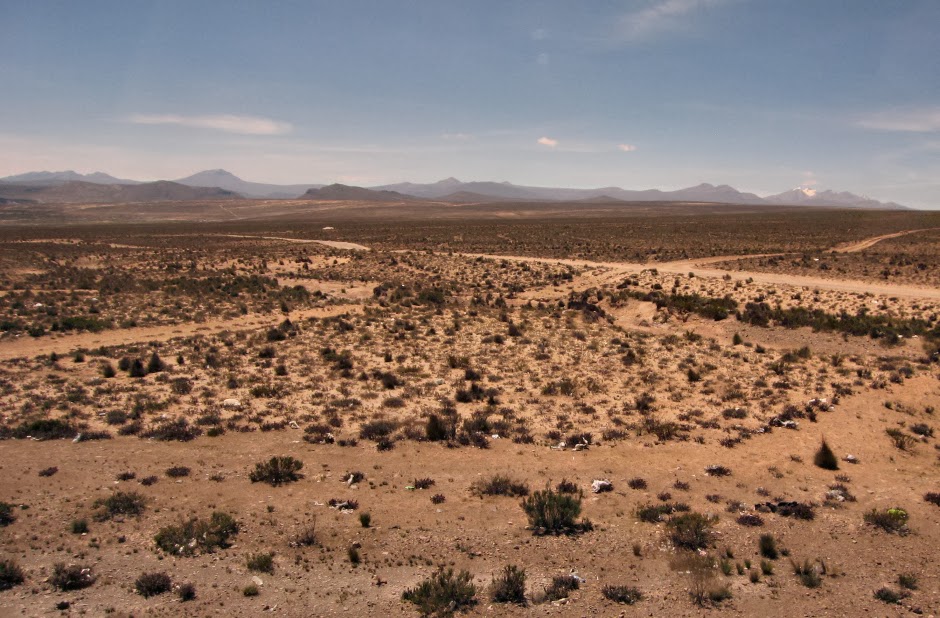 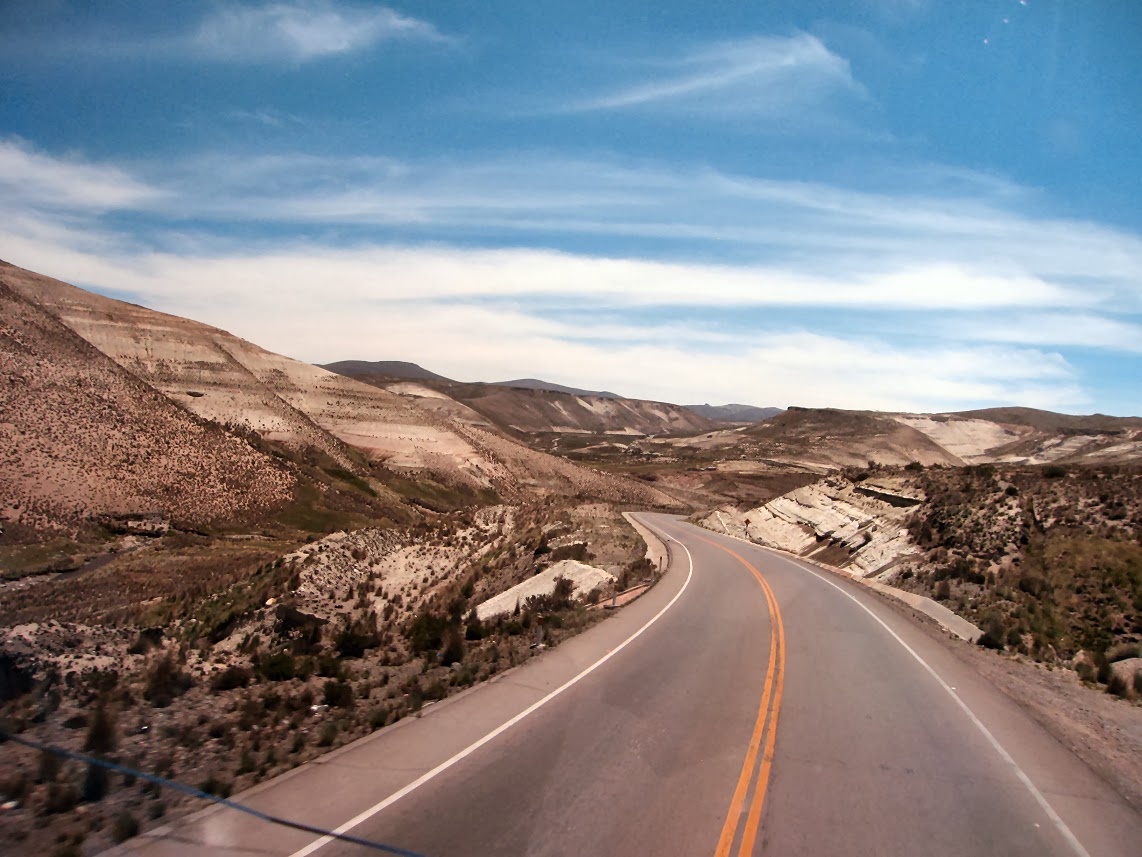 We arrived late in Puno and ran smack dab in the middle of the region’s biggest party of the year! The Festival of the Virgin of Candelaria was in full swing (on a Monday!) with thousands and thousands of dancers and musicians making their way down the street we needed to go down to get to the bus terminal. After about an hour of waiting, it became apparent, that the bus would not be moving for many hours so all the passengers debarked and began walking to our destinations. Luckily, I was travelling light and had not checked any baggage AND I had gotten a map of Puno while in Arequipa. I still got really turned around because most people could not tell me where I was on the map and most streets do not have street signs. 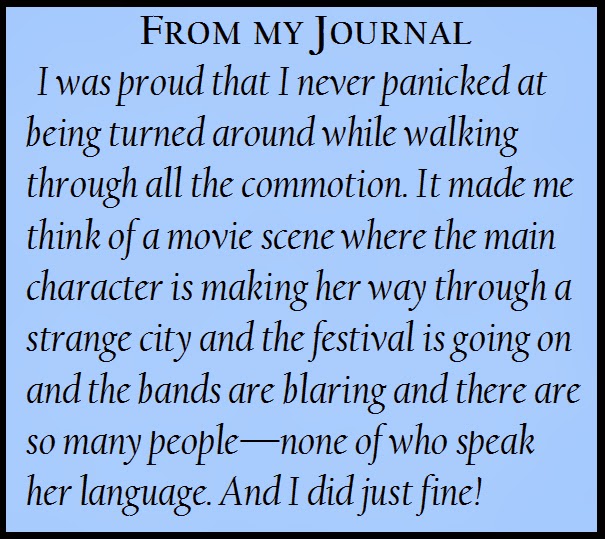 Slowly, after walking through many back streets,  I oriented myself and realized that I had to CROSS the main parade route to get to my hostel and there seemed to be no way through the blocks and blocks of bleachers that had been erected for the parade (Vashonites: think Strawberry Festival on triple steroids!). Finally I came upon a little gate to go through and I had the chance to test my pushiness so I could get through the gate with a hundred other people, cross the street, and through another gate before another procession came by and I became a part of the festival! Once through, it was not far to my destination and I stepped through the gate of the El Manzano(apple tree) hotel to find an oasis of trees, birds singing, and a smiling host to welcome me—he even reduced the cost of my room—I’m not sure why! It was soon to be dark, so it was so nice to be in my cozy room before the real partying started in the streets.

I was so tired, and a little worried that I had over-done it a bit and not respected the 12,500 foot altitude or  my age. So I decided to rest for the evening, even though I could hear the bands playing a half a block away and it was very tempting to go back down to watch the festivities.