The albergue last night felt a bit strange to me for some reason. I think it had to do with the village it was in. It was a decent size village, but not one bar or restaurant for eating and no grocery stores (which are all called “supermercados” here even if they are very small). I went out walking around about 7:30 when most Spanish towns come to life, and despite cars in driveways and obviously lived-in homes, there was no one about…it was like a ghost town.  The albergue had a few items to purchase—but mostly it was sweets and soft drinks. Luckily, I had a few things with me to fix my own dinner.

At first, I thought I would be the only peregrino in the albergue, but five French men showed up about dusk. They chattered all evening, apparently going over their plans for the next day. None spoke any Spanish, and only one spoke any English at all, so we were not able to visit with each other very much.
But today was to be one of wonder. I would be slowed down quite a bit by many simple sights along the way. It is amazing that I made 10 miles by day’s end.
Early in the morning, I came across these whimsical windows, which was the beginning of a colorful day:

Support for pilgrims can be found almost every day. Sometimes it is hard to find the yellow arrows that are our waymarks on the Camino, but then there are also times when you cannot mistake which way to go: 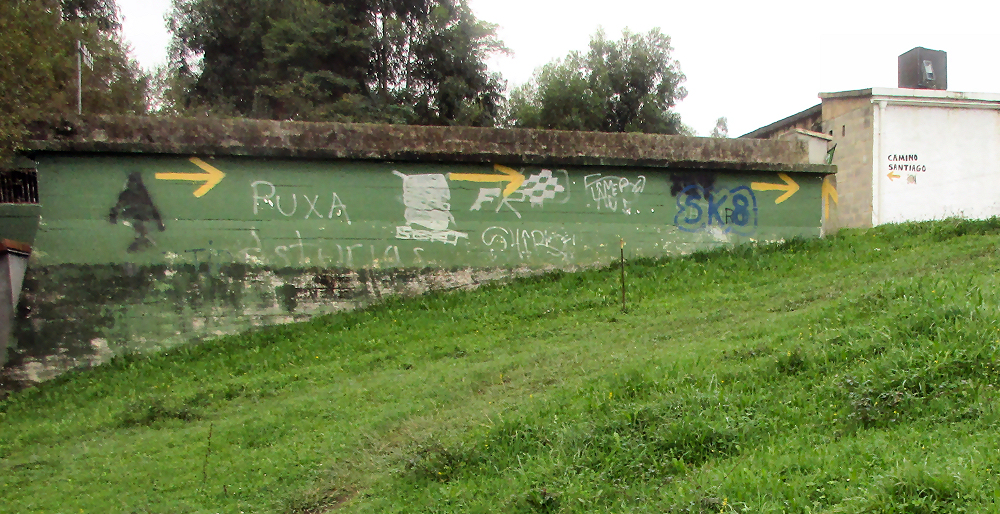 A bit later, I rounded a corner in a small village and encountered this colorful rock wall that must have been a project for art students. I enjoyed the interlude to study the images up close. 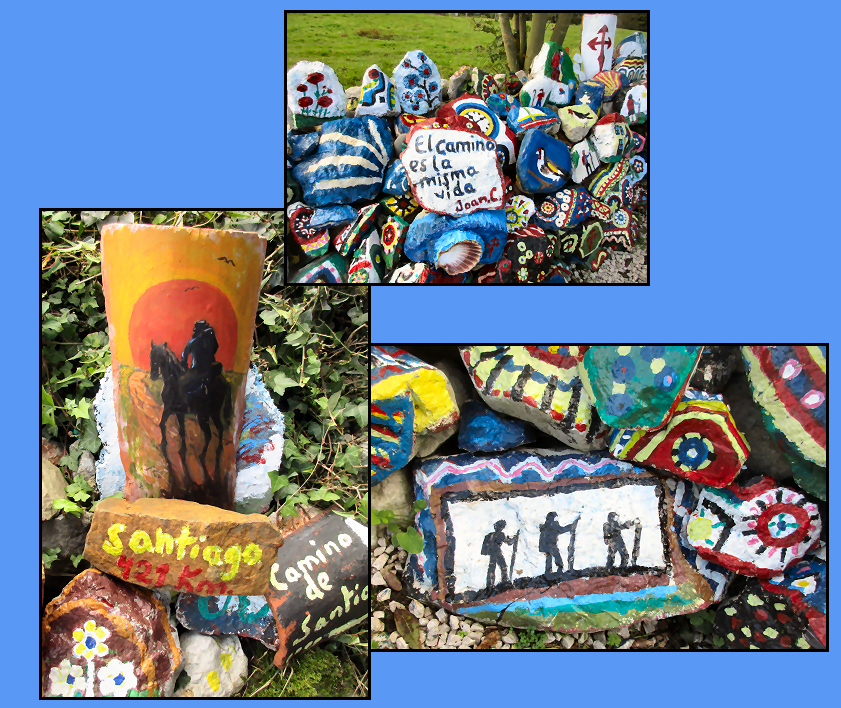 Even the nearby garbage bins and electricity cabinets were decorated!

A bit farther on, I found someone had decorated his mason bee and bird houses with Camino shell symbols. 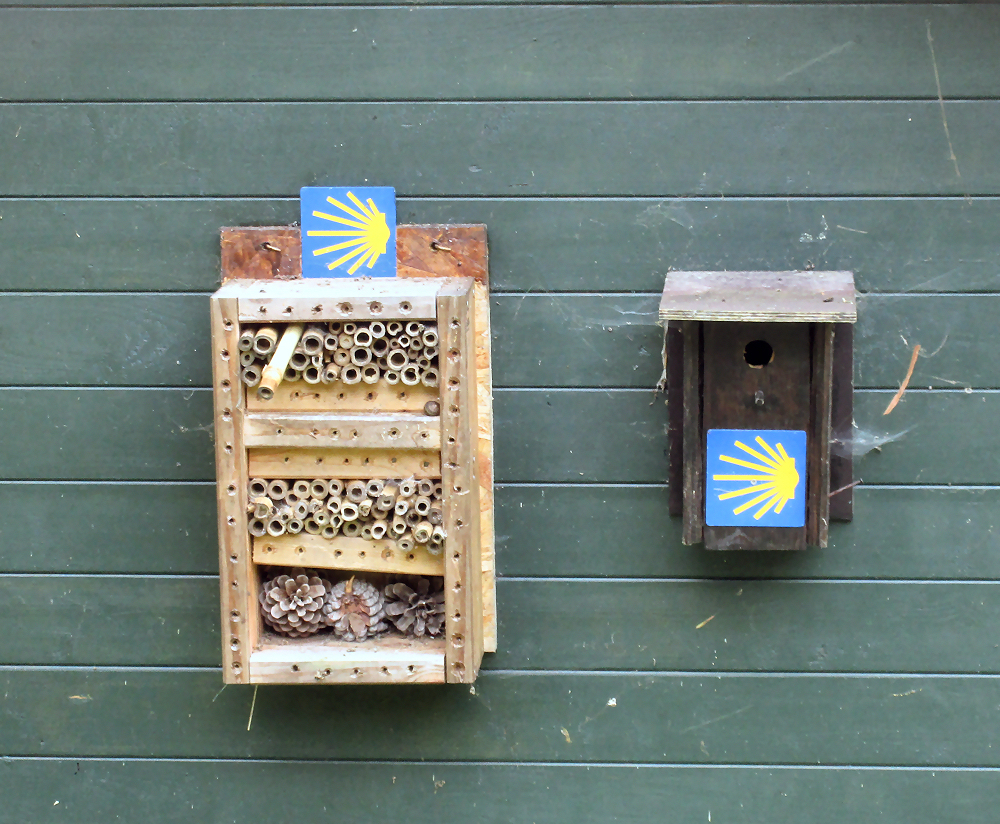 I crossed over a medieval bridge dedicated to pilgrims: 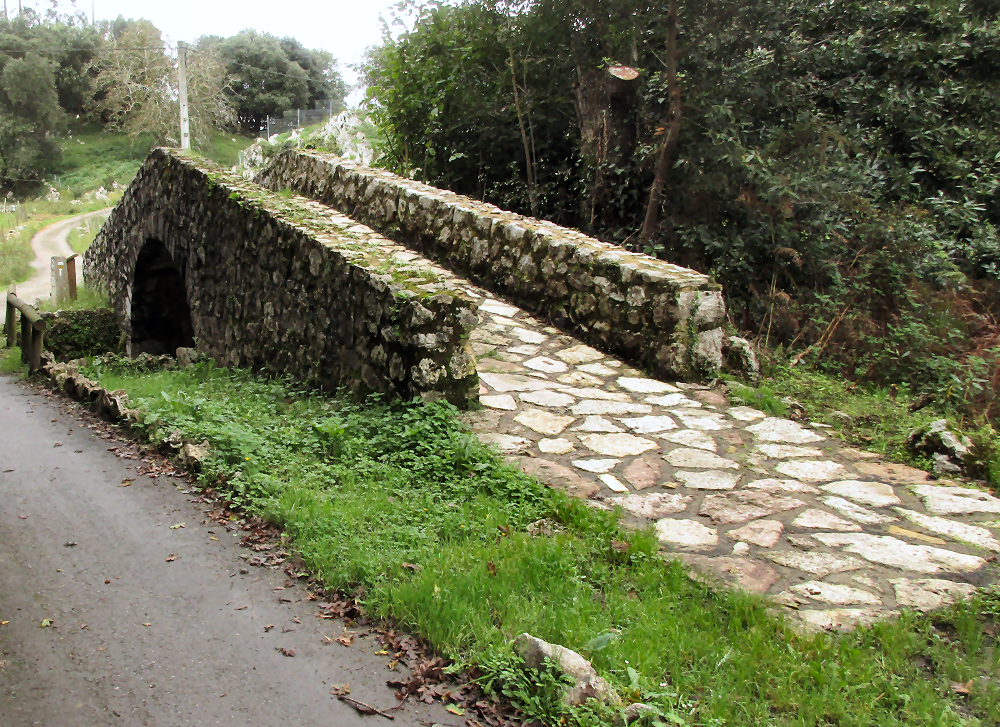 And a bit later came upon a fountain dating from medieval times from which many pilgrims have quenched their thirst. Unfortunately, although the water was still flowing, it was not guaranteed to be potable. 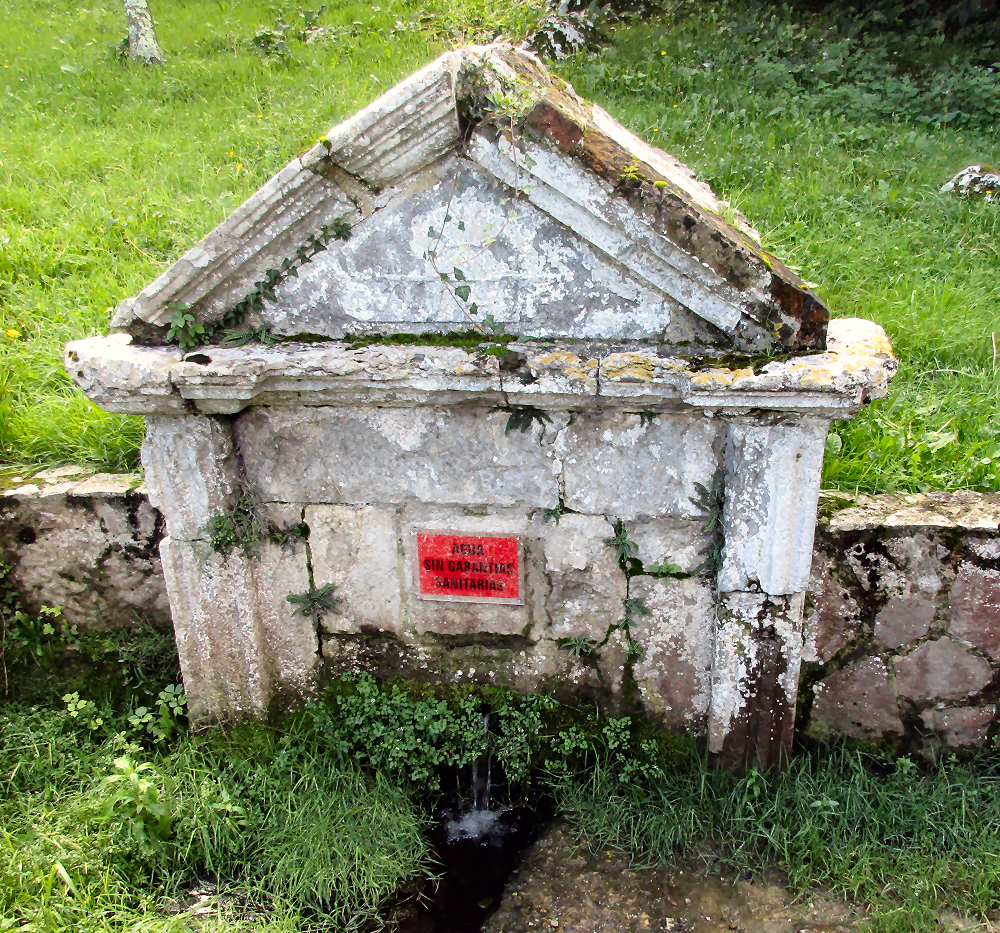 At one point, I spent WAY too much time watching bees fill their pollen pockets so full they could barely fly. 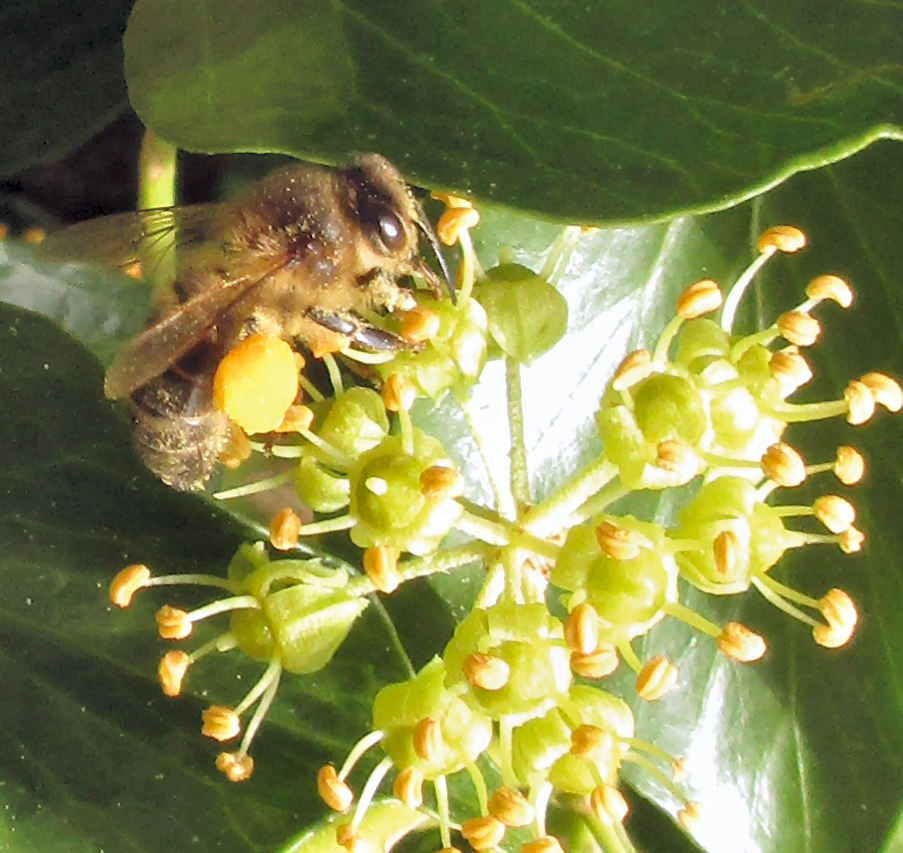 When I finally walked into Ribadesella, I really felt like I had found the quintessential Spanish city—with narrow streets decked out with artwork and flowers. The “Escalera de Colores” (Colorful Staircase) was a public art project in which anyone could paint a step and write a sentence, to create a “splash of joy and give people something to reflect on.” 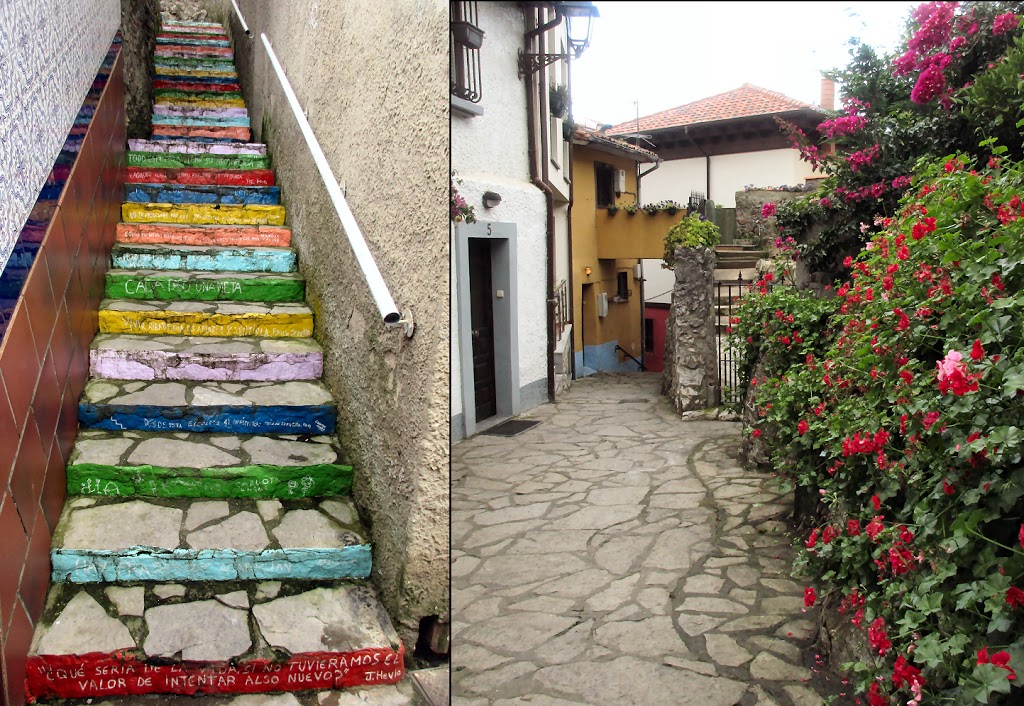 The albergue in Ribadesilla was in a huge mansion right on the beach. It was a beautiful hostel—light, majestic, and airy. But from the moment a pilgrim walked in the door, it was apparent that the hostel did not really welcome pilgrims. The first thing the receptionist said was that this was a hostel, not a pilgrim albergue. We were welcome to stay, but first had to read a list of regulations. For example, our backpacks could not be taken into our rooms, but would be stored in a room outside. There was no place to prepare food. Although the rest of the hostel was spotlessly clean, when I went into the room set aside to wash clothes it was absolutely filthy and a rat scurried down a hole as I opened the door. Also, the price was the most I would pay for a dorm bed on the Camino: 20 euros. On the plus side, there were real sheets and blankets on the beds! And the view of the beach in front was spectacular!

This was the first of several “surfer hostels” I would encounter. (They cater to surfers and tourists visiting the beach.) However, no others discouraged pilgrims the way this one did.