As I mentioned in my previous post, today was magical in so many ways.

Early in the day, I walked over Puente de Casazorrina, one of the many old bridges on the Camino. This one was over 300 years old. How many other pilgrims and other travelers have passed this way? 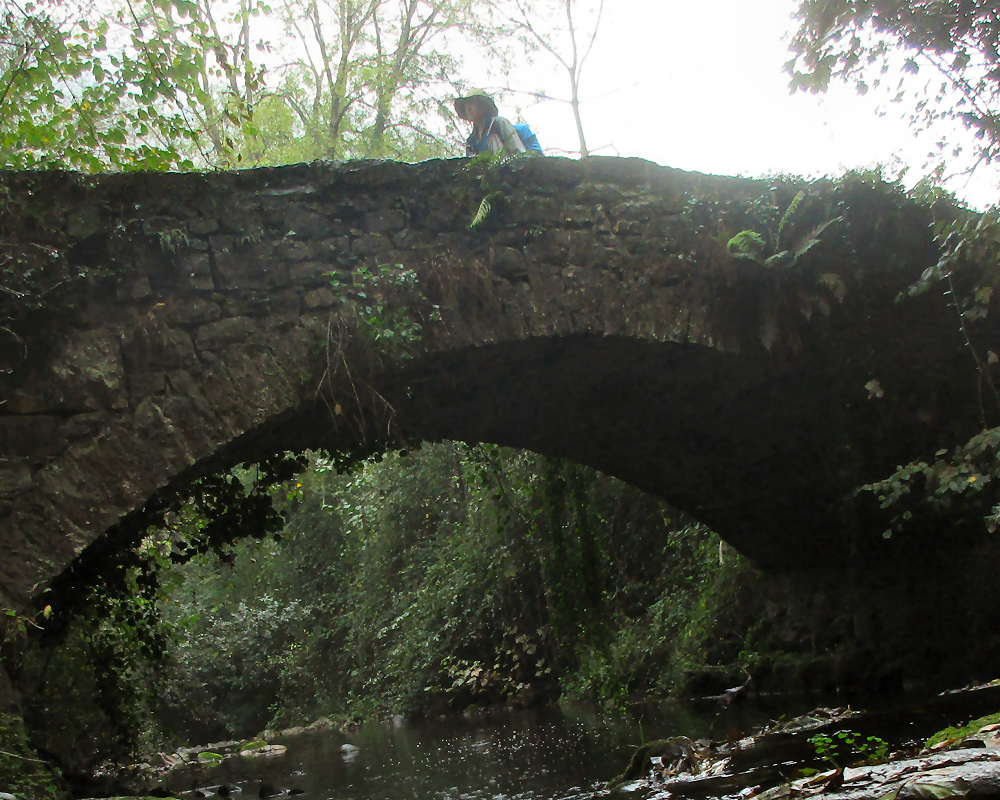 About an hour later, I was felt like a little mouse as I walked under the behemoth legs of the modern highway overhead. 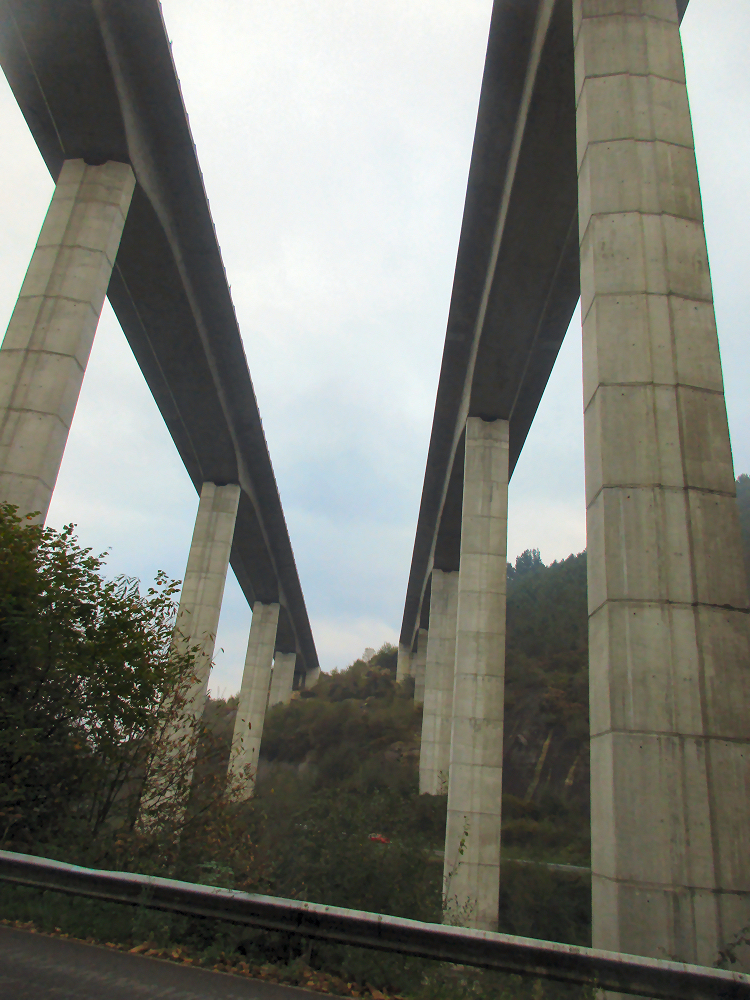 Then through serene woods with the sounds of rushing water coming up from the gorge below. 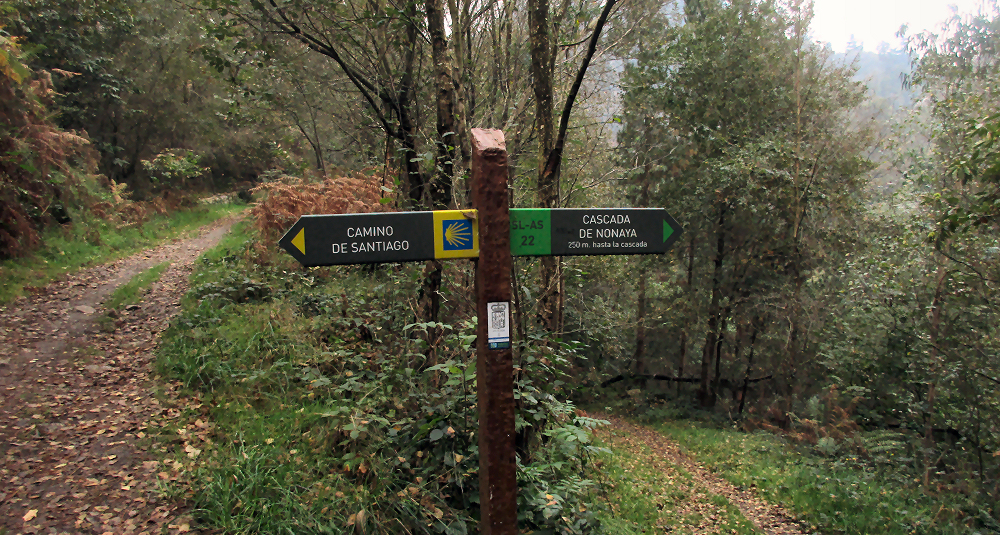 Not too long before I arrived in Bodenaya, the fog moved up from the valley, and the wind turbines played hide-and-seek on the far ridge.

And then there was the magical-mystical Albergue de Bondenaya, which is one of the best albergues on the Camino. David makes you feel so welcomed. “Sit down,” he says, “would you like some tea, coffee, a glass of wine? For tonight, this is your home and we are all family.” He explained the routine for the evening, and then told us that after we had our shower, we should leave our day’s walking clothes in a basket. They would be washed and ready for us to done in the morning! 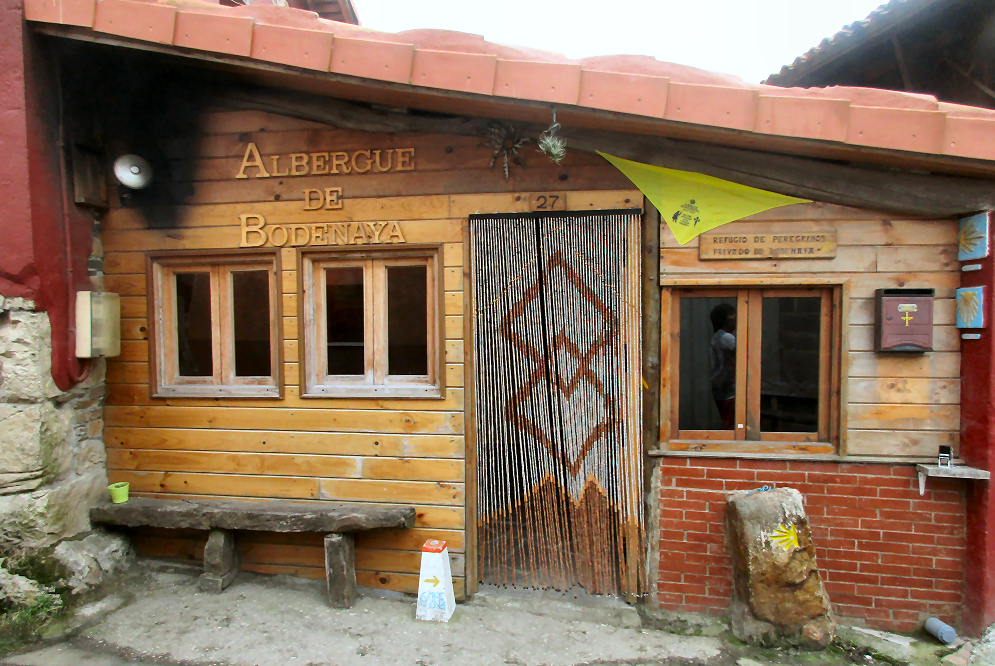 We are close to 700 meters (2275 feet) here and the evening was cool. I had been longing for an albergue with a fireplace and David did not disappoint. So cozy to sit in the common room next to the fire writing in my journal. The albergue is a veritable museum documenting perigrinos who have passed before us. Covering the walls and ceiling are mementos that others have given to David as well as his keepsakes from his own Caminos. 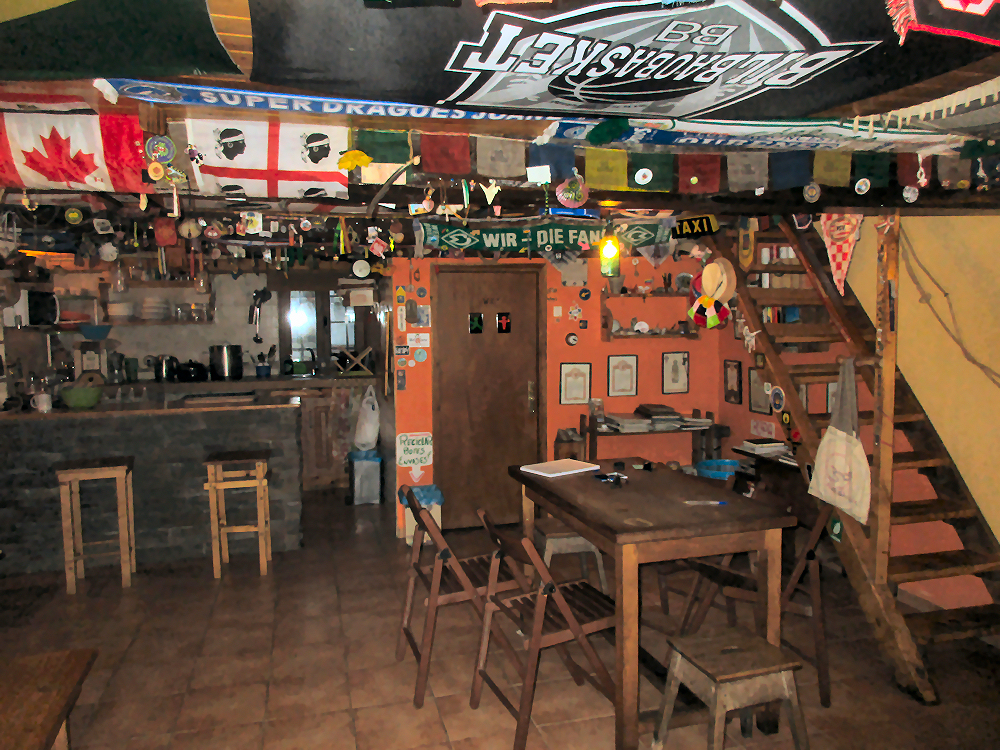 The seven of us pilgrims staying here tonight were served a warm communal meal with two kinds of soup, artisan bread and cheese, and, of course red wine. David is very charismatic, draws everyone out, and makes everyone feel important. One request he has of the group is that we all agree for a time to wake up in the morning and that we all have breakfast together before leaving, “like a family.” As a group, we decided on 7:30 as a reasonable time in the morning. 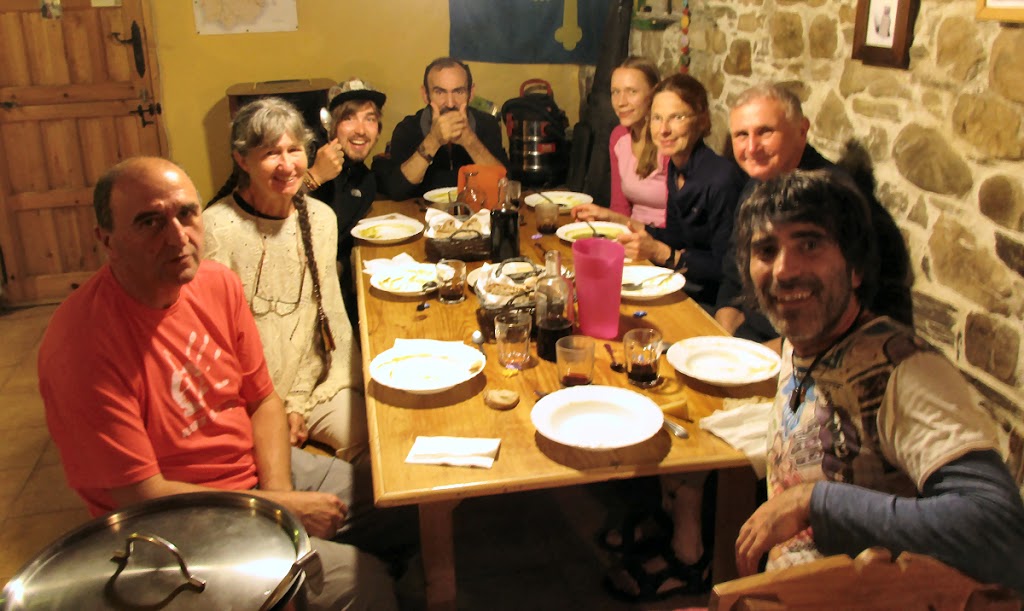 He told us a little about the albergue. He lives in the horreo next door (more about that in the next blog post). This building had been a barn and farmhouse. The common room downstairs was where the animals and farm implements were kept. The family lived upstairs where the dormitories are now. The body heat from the cattle in the barn, helped warm the upper story.

After one of the most wonderful dinners I experienced on the Camino, we were all ready to find our bunks… 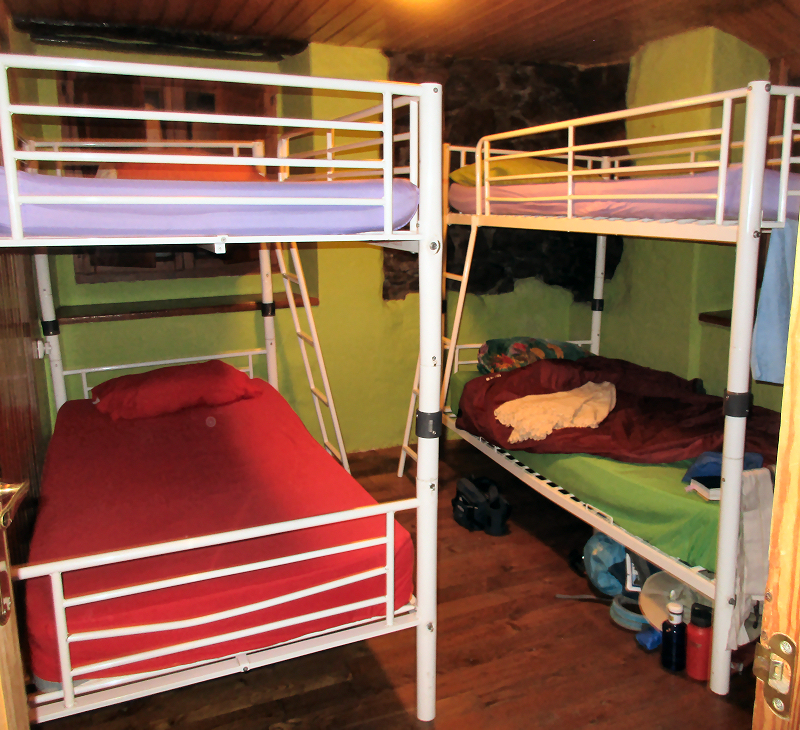 …and in the morning we were gently awakened by a very quiet Ave Maria on the speakers—much nicer than another perigrino’s phone alarm.

We came downstairs to find our clothes washed, dried, and folded. What a luxury!

This albergue has no set cost to it. David asks the peregrinos only for a donativo (donation) as we see fit. We left what we chose in a donation box by the door.

I felt the sincerity in what David does and how he lives. It was not forced or a show (as I kind of felt at the Guemes alburgue). Of course, his is a much smaller and more personal establishment, which I like better anyway. It was difficult to say goodbye.